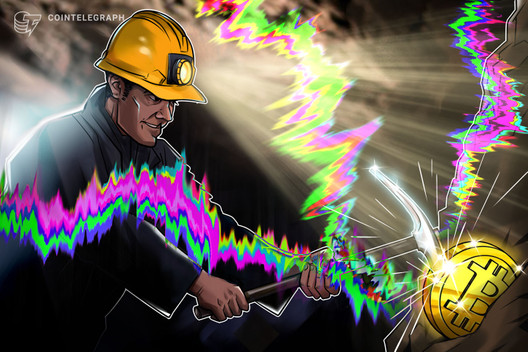 Pools may be attempting to trade the dip, CryptoQuant suggests as its CEO warns about rivalries building.

For Ki Young Ju, CEO of CryptoQuant, miners may be taking the opportunity to rearrange the competition, now that Bitcoin is trading broadly higher than in most of 2020.

“I think it’s going to be the war of miners between those who want a Bitcoin price rally and those who don’t,” he told Cointelegraph in private comments.

“As I know, some Chinese miners already realize their mining profitability (return on investment), and they might not want new mining competitors joining the industry because of the bull market.”

Despite coins likely making their way to exchanges, the danger of a sell-off due to the price drop remains less likely, Ki continued.

“Miners are good traders,” he added. “I think they are just looking for selling opportunities, not capitulation.”

Miners are no strangers to price-induced transfers, something which bolsters CryptoQuant’s theory. In May, directly after the block subsidy halving, similar behavior was observed as price volatility ensued.

Digital yuan doesn’t pose a threat to the hegemony of the dollar, says expert

Report: Investors Are Dumping Compound Token as Soon as It Gets Listed