The expectation of ballooning money supply in 2021 is leaving Bitcoin exposed to a strong bullish bias.

According to veteran macro investor Dan Tapeiro, the cryptocurrency would likely benefit as M2–a measure of money injection that includes cash, checking deposits, and easily convertible fiat–rises by 40 percent. In a tweet published earlier Thursday, Mr. Tapeiro stated that the said massive liquidity would make its way into the Bitcoin market. 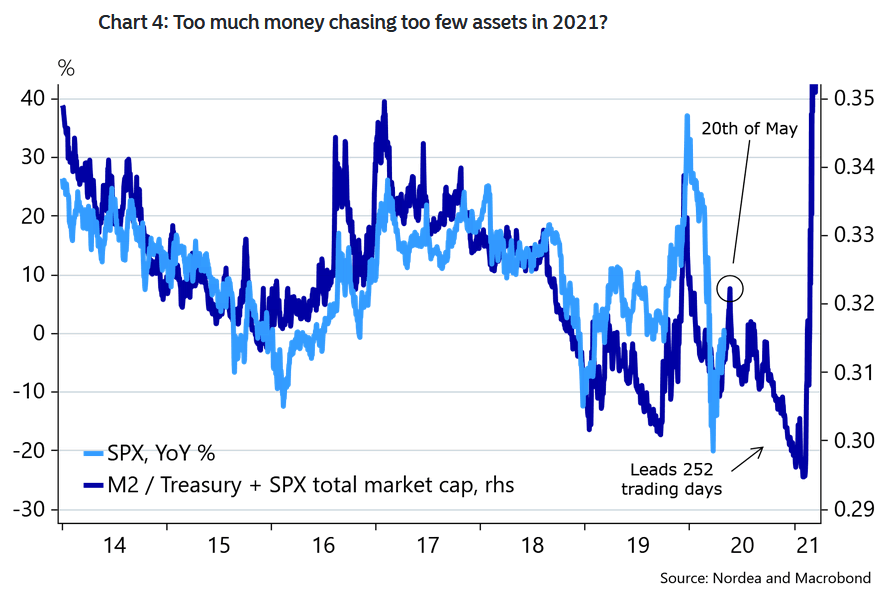 Too much liquidity is available to enter risky markets in 2021. Source: Nordea, Macrobond

The DTAP Capital founder concluded the bullish scenario after studying a chart presented by financial data analysis firms Nordea and Macrobond. The old image showed the year-on-year performance of the S&P 500 index, almost tailing the M2.

Nordea and Macrobond expected the M2 to drop lower in the fourth quarter. That left the S&P 500 under a similar downside spell. Nevertheless, the firms also anticipated a dramatic spike in the M2 next year. Mr. Tapeiro interpreted it as a bullish sign for equities, as well as gold and Bitcoin.

“Massive global liquidity to hit markets NEXT year,” he tweeted. “[The] chart suggests equity [market] at risk of a correction in Q4, then single greatest rally of our lifetime in 2021. Enormous speed and near vertical price increase possible. Might be led by gold this time. Bitcoin would benefit too.”

Mr. Tapeiro’s analogy took cues from an erratic positive correlation between the US money supply and gold. A common notion suggests that a higher M2 gives investors enough liquidity to purchase assets they deem worthy of holding against inflation. That can be stocks, gold, bonds, and even Bitcoin.

Between 1970 and 2000, the price of gold rose in tandem with M2. The precious metal was reaching its record high when the Federal Reserve started its unconventional quantitative easing programs.

But the correlation also faltered many times. For instance, gold fell drastically during the 1980s, 1990s, and since 2011, even against a rising M2. During the same periods, equities and Treasury bonds were eye-candies to an average investment portfolio. 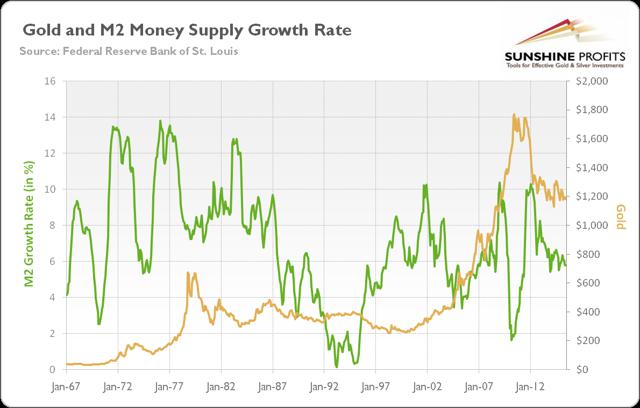 It showed the fears of inflation caused by massive money printing helped to pump assets more than consumer prices. There was no hyperinflation as gold bugs had anticipated.

2021 is a Unique Case for Safe-Havens, Including Bitcoin

But the prospects of 2021 are looking different. The COVID pandemic has prompted the Fed to unleash a never-seen-before stimulus program worth trillions of dollars. The central bank has also slashed interest rates to near-zero.

Atop that, the US Congress dispatched additional liquidity worth $2 trillion to aid record number of unemployed Americans and bankrupted businesses. All of the said stimulus programs are now looking at an extension, pointing to a ballooning fiscal deficit, higher inflation, poor bond yields, and a weaker US dollar.

A CNBC report published earlier this week also stated that the Fed would target the inflation rate to hit 2 percent in the coming years. Some analysts even expected it to rise to 4 percent. 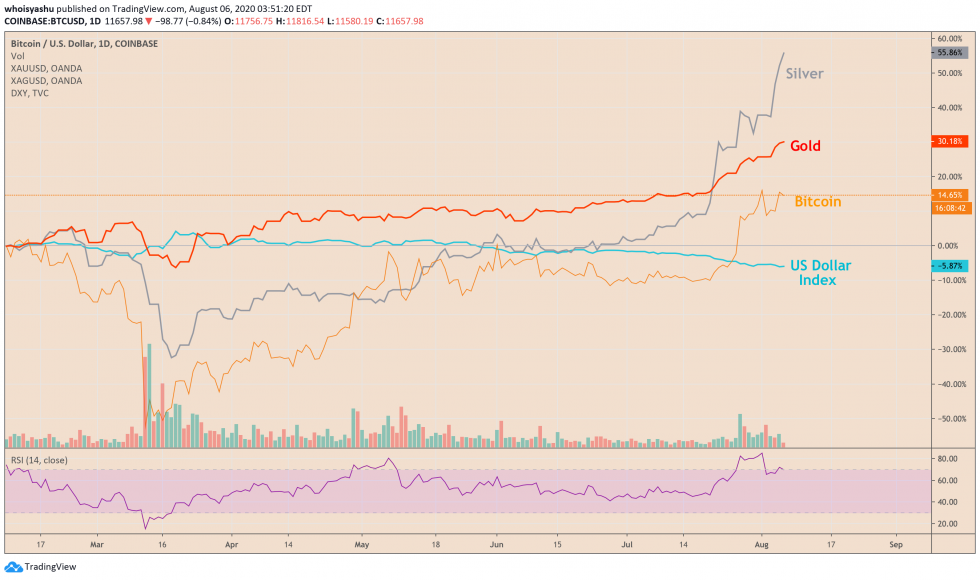 As a result, investors have raised their bids for safe-havens. That sent gold yesterday to its all-time high above $2,000. Meanwhile, Bitcoin also surged towards $12,000 on Sunday against the same fundamentals.

A continuation of stimulus programs to aid the US economy would keep downside pressure on the US dollar and bond yields. It would prompt investors to seek safety in riskier assets. Bitcoin could attract a portion of liquidity should such a scenario occurs.

Bitcoin [BTC] at the Cusp of a Mega Bull-Phase: Leading Analyst